Upon discovering a hidden sculpture garden, a new concrete sculpture was created. With this work, we hoped to add our own mark to the existing sculptural landscape and experimented with the form and play of concrete. Fractured was designed to be stood on and move up and down like a seesaw. However, upon being released from its mold, it split in half. The playfulness was immediately lost but what was gained was deep conversation between its broken halves. It was beautiful mistake that became a sort of truth about the fragility of even the strongest materials. 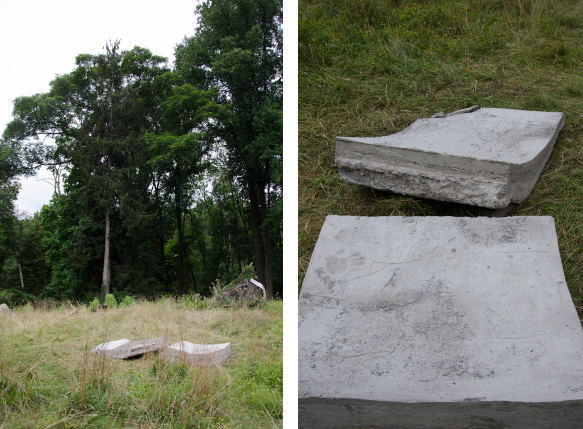